From Microwave Queen to Cooking Guru

As I was growing up, I often cringed when eating my dinner and would trash my school lunch. I desperately longed to have my meals made from scratch by a 1950s, 60s, or 70s sitcom mom. Unfortunately, my fate and appetite depression was in my mother’s hands.

Just about everything she made was either too raw, overcooked, too seasoned, or was just plain bland. As with most people of my generation, I absolutely cherished and craved that weekly visit to KFC or McDonalds…back when these establishments only sold chicken or hamburgers! As I grew up, I knew going out to eat was neither a healthy nor affordable option for a post-college, young professional. My very first cooking appliance for my first apartment was a microwave. I graduated from fast food to frozen food (formerly known as TV Dinners) that was quick and easy to heat in the Microwave. 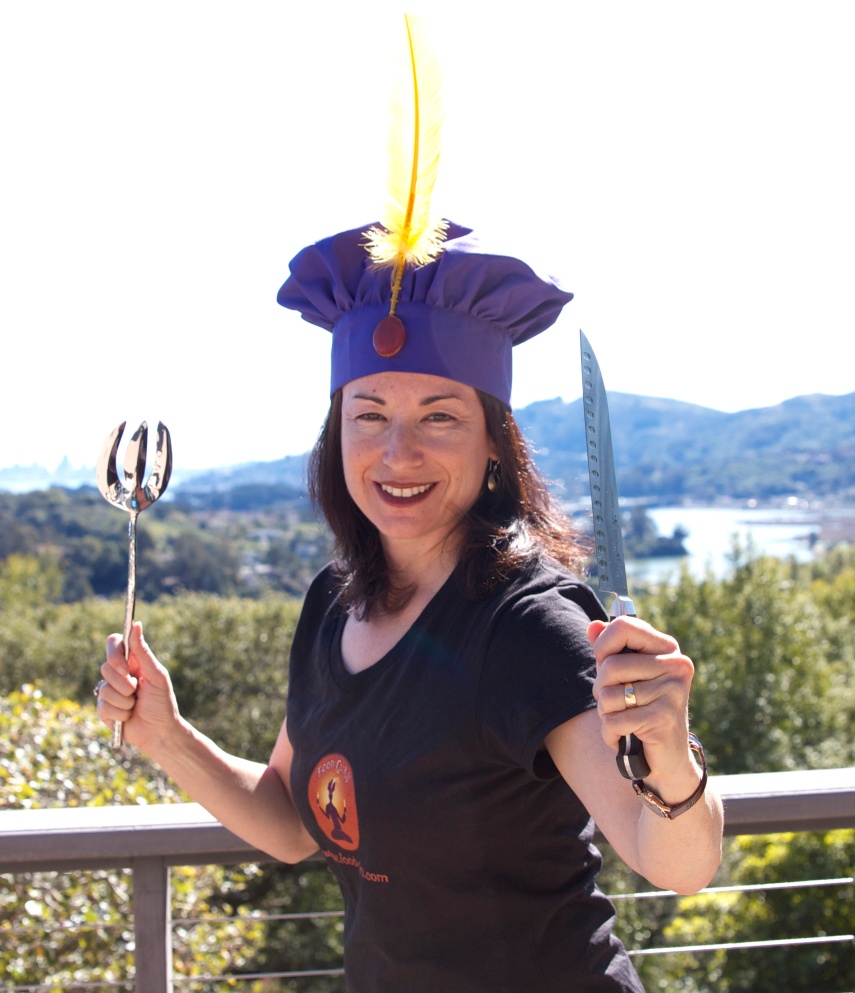 After a few years, my boyfriend (at the time) laughed at how everything I made had to be prepared in the microwave and affectionately called me “The Microwave Queen.” Once this boyfriend became my husband, I started to detest that LABEL! I invested money in a few cookbooks (this would predate the internet), then started my journey toward making homemade meals. I was determined to only use the Microwave for reheating my leftover homemade food, and not for cooking meals.

It wasn’t till my daughter, Ariel, went off to college did I feel that I shed the title of “Microwave Queen.” As a college student in New York City, one of the most expensive cities in the United States, Ariel faced many of the dilemmas I encountered as a young adult. She found going out to eat all the time was neither affordable nor appetizing. When my daughter moved into her first apartment, she wanted me to send her some of my easy, healthy recipes. I went to the local bookstore to research Cookbooks targeting college students and young professional. I noticed only a handful of these types of books on the shelves. At that point, I decided to gather her favorite recipes and place it in one of her old school binders. Although hardly an original title, I called this amateur looking Cookbook, “The Idiot’s Guide to College Cooking.”

Once Ariel graduated from NYU with a degree in Film and Television, we took her passion for Documentaries and combined it with my Food Marketing background to launch our Food Guru business. Ariel thought the best and easiest way to learn how to cook would be to demonstrate the steps involved in preparing and making a meal. Ariel believed that there was no better way than using video as a tool to teach inexperienced cooks to make simple and healthy meals. We both decided to dust off and update this “Idiot’s Guide” binder of recipes by turning it into a Web Series called “Cooking Guru.”

Although cooking shows are entertaining, it can be quite daunting to have to sit through these 30-60 minutes shows, and also prepare these elaborate meals. Hence, “Cooking Guru” provides a way for the novice chef to quickly get 1-4 minute video recipes. This gives the viewer a virtual tour into how to prepare and make 2 breakfasts, 2 lunches, a snack, 2 dinners, and a dessert. Each of the 8 episodes includes the recipes, instructions, and “Guru Tips”.

In the summer of 2013, the first season of “Cooking Guru” was launched with our host, Debbie Harald (different Debbie). We are working on the menu for Season 2, which will be released in early 2014. Now, I proudly can erase the title of “Microwave Queen,” and grow into my new title as the “Food/Cooking Guru.”

Become a Cooking Guru by viewing and making these meals: www.cookinggurutv.com.